Bringing himself to the role

I don't need you to be my voice, I just need you to pass the mic that you're hoarding right now. So like give it to me, I'll be able to...I just need support, and a listening ear. And I think that requires humility. That requires an openness to learn, that requires a lack of fear of failure. Risking failure. And I mean, you know, with good intentions, you know, you're not going to slip up and be like oops, I said the n-word, you know, so it's like, it's not like these failures are going to be something that are, that are going to be like, oh you're just like overtly racist. But it requires us to acknowledge that we're still growing means in, within a racist society.

And my friend, good friend Monica was with me in the basement of Lafun and she was like, yeah, I think you should try out to be the Notre Dame Leprechaun. And I got it! They're like, you're the gold Leprechaun. They told me that the Tuesday following that Friday night pep rally and they had me call my mom to let her be the first person to know, she busted out into tears. They all bust out into tears, the coach and the people who were recording me. I kept it together, but that was like, just so like rewarding, so fulfilling. I was so excited and honestly that began the journey that has honestly only been a week now, but so many things that just happened since then, not just with like the press, but with my mind and being like, okay, well what does next year actually going to look like in terms of me preforming in front of the audience and them perceiving me not only as like a Leprechaun, but someone who's black. And like how, like should I be worried about their perceptions?

Cause like I'm definitely going to be doing, being myself and being a black person, like I'm going to be black, you know, so it's, but it's like, you know, how do I maneuver being...and the same questions honestly come up. Even when I'm performing in opera, or films or like straight plays, it's like, well, I'm going to bring who I am to this character, to this role, because the only medium I have to access another person, another life, is myself and my experiences. But my experiences are wholly influenced by my race because race is very important, you know, in society I mean it affects everything. 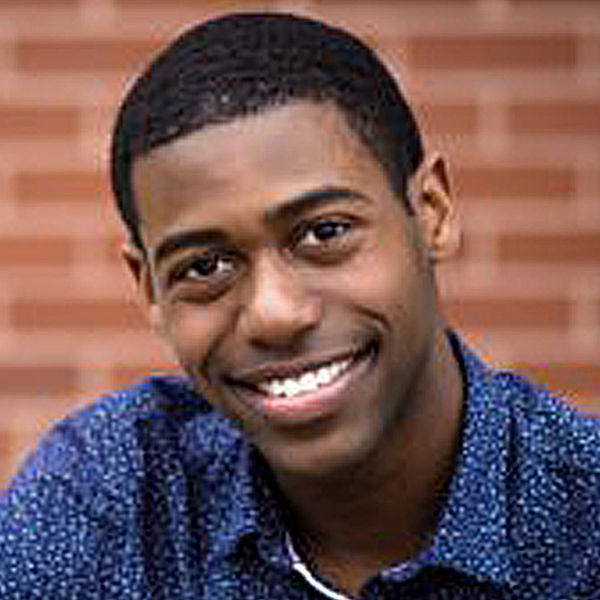 Samuel is a Film, Television and Theatre major from Atlantic City, New Jersey.