"I have a lot of very interesting conversations about race with my freshman and which...really stemmed out of me growing comfortable with the people that weren't like me."

I have a lot of very interesting conversations about race with my freshman, which maybe it doesn't happen all the time with other RA's, but I like to challenge my freshman, and I think they like to be challenged by me. These conversations with my freshmen really stemmed out of me growing comfortable with people that weren't like me. I mean, that's what it helped me become an RA. The people here, my friends that are white, wealthy, Catholic, they're the ones that helped me become better in terms of talking about race, and they're the ones that helped me grow as a person. They helped me become an RA, so I could influence these younger people or at least challenge them to be kinder people, and I see that happening with my freshman now. So, when I talk about them being more cognizant of race, that's not to say that I don't think, they might not have some racist or prejudiced tendencies. But the very least, they're very kind about it. I'm talking about, I should say, 18 year old boys. And I think when I can say that about a group of 18 year old boys that's saying something, because 18 year old boys are toxic. So, it's very reassuring.

I'll say that much about the campus climate. It can be super disappointing at times, especially when you look in the past about like the terrible things that have happened here. But looking at ahead I think this place is getting better, and there's a lot of reasons for that. I think part of it is from the administration trying to make them a more diverse student body. But I think it's also beyond the school, and when we're in this national climate of the educated, not allowing racism at all or not allowing prejudice at all. And people being open to having these discussions or at least encouraging these discussions.

And I will say that this has to do with DACA, but I think DACA is very entangled with racism, in and of itself. I have a lot of privilege as someone that's on DACA and not Hispanic. People don't assume I'm illegal because I look Indian. But after the 2016 election, a lot of my peers that are also on DACA were harassed, they were followed, and were threatened with deportation from their peers. And that was really, really uncomfortable to see. This place is really interesting because there's so many really kind souls that really want the best for you as a person, but there's also people that seem like that on a superficial level. But when you challenge them at all with political differences, or you tell them that you're gay or you tell them that you're on DACA or you’re undocumented, they become very aggressive, and they challenge your own humanity.

Serena Zacharias is a sophomore Neuroscience and Journalism student at Notre Dame. 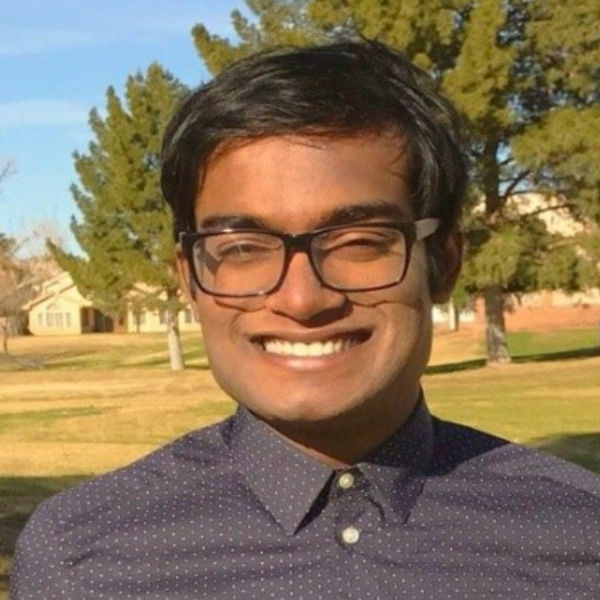 Rathim is a senior from Arizona, majoring in Mathematics and Actuarial Science.