"We need to learn and we need to listen to other people and their stories, and we can't just avoid other people because they're different from us because we're too scared to talk to them..."

I feel like on campus people are just too like scared to talk about race. A lot of people worry about being racist or they worry about saying the wrong things, so then they just avoid it altogether, which is not the answer. It needs to be talked about. We need to learn and we need to listen to other people and their stories, and we can't  just avoid other people because they're different from us because we're too scared to talk to them cause we don't know how to talk to them, which is what a lot of people feel.  Like it’s nice all the black community can know each other and like hang out and like be cool, but like we talked about how we always feel different from everyone else—how we think people look at us different sometimes, like we're the only ones sometimes, and nobody understands us except for people in the black community—but then I'm like, “Okay, but what are you doing to fix it?” Like you’re not doing anything to fix it, so invite your white friends, invite your Latino friends, invite your Asian friends, invite people to these talks or just talk with them over dinner or something. But we can't just keep ourselves segregated and then complain about not being understood by everyone else because we're not helping ourselves either.

Like really some of my friends have really told me, “Oh I don't have any white friends because I don't know how to act around them. They don't understand me and I just, I don't want to have some deal with it.” I’m like okay, that’s kinda crazy but okay, I mean whatever. But yeah, I think that, often—I don’t really know if I would call it discomfort but more just like they don't want to explain themselves, just to have them not understand it anyway, you know because some people really think that, like white people will just never get it, you know. But I don't think that's the case. If you actually talk to them and explain things then it'll be cool. But yeah, I don't...I guess that sometimes white people think that when a black person can say something and they might, white people might take offense to it, so in a way black people may be uncomfortable saying certain things, but then again, it just goes back to the whole like how you say it—A) how you say it and B) like, just...people just don't know and they need to know. It makes me so frustrated because everyone talks about how divided and how no one understands, and I’m like, okay but you're not doing anything to make them understand, and it doesn't make any sense to me.

Sophia Lauber is currently a sophomore at the University of Notre Dame. She is majoring in Political Science and minoring in Journalism, Ethics, and Democracy. She lives in Lewis Hall and is active in the community there. This past year she was a service commissioner and ran Lewis’s annual signature service event LHOP. She is originally from St. Paul, MN. 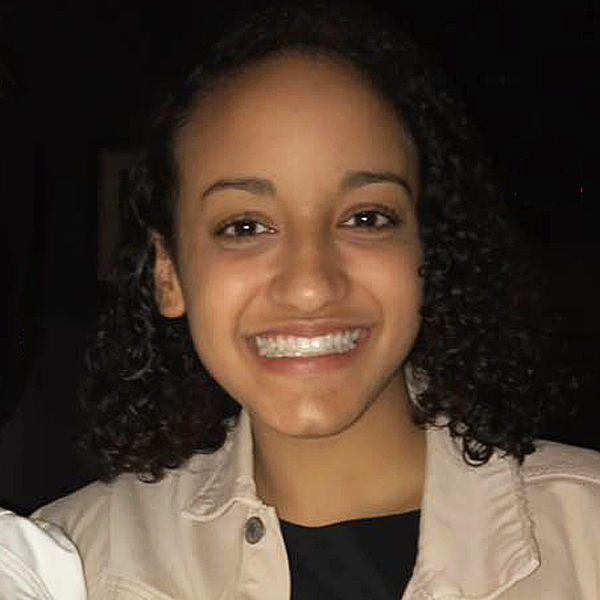