"Why should you care if you're with 10 black people versus 10 white people? I don't think that's what counts."

My club is a conservative club, Young Americans for Freedom, and when Father Jenkins decided that he wanted to cover up the Columbus Murals we did not see eye-to-eye with him, and we took a big stand against that. And that brought a lot of people against our club calling us racist, or not caring about different ethnic groups, and such like that, which was not our intention at all. So I’ve seen that, so I guess somebody on the other side of the Columbus Mural debate would probably say "Yeah I’ve seen racial tensions on campus, you know this club was being racist," but those were not my intentions at all.

Our intentions had to do specifically with preserving history and recognizing that even though there were bad things that came out of a historical event it is not the University's duty to shield the population from those bad things. That's just part of the history. Portray that part of it, that's awesome, and educate people, but it it doesn't do anybody justice by covering up history in that manner. So, so those were our intentions but people you know they just, they break it down and they try to generalize things and they just point us out as racist. But I haven't ran into anybody with, on this campus, with any animosity towards somebody of a different color solely based off the difference in color.

And I don't think racial diversity provides, diversity across racial lines, provides anything of any value. Why should you care if you're with 10 black people versus 10 white people? I don't think that's what counts. What counts is the diversity of viewpoint, of opinion, of culture. And so I think that’s important and then people would argue you know you get that diversity through, you get diversity of culture in opinion and viewpoint through diversity of skin color, but I think that's actually a racist way of looking at it. You know I know a lot of people that you know, you can envision the group of people out there that are, have different skin colors, but have the same viewpoint and same culture and all that so I think that’s really a racist way of looking at it.

Maria Hieber is a Notre Dame sophomore from Dallas, Texas. She is majoring in Political Science with a supplementary major in Russian, and minoring in Journalism, Ethics, and Democracy. She conducted this interview to shed light on the race relations and racial climate on Notre Dame’s campus as a part of the “With Voices True” project that the Klau Center is conducting on race at the University of Notre Dame. 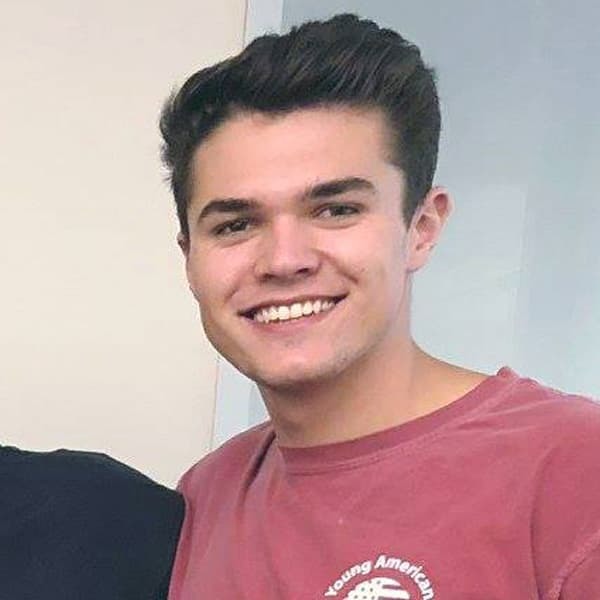 Luke is a sophomore from Illinois, majoring in economics and minoring in innovation and entrepreneurship. He grew up with three adopted siblings, two girls from China and one African American girl, and never saw them as different from him.