Confronting the national discourse on campus

"I never felt like I was in any danger, but then after the 2016 election, it was just like, will I be told this on my way to class? In my class?"

I think the one that sticks out the most to me would be the day after the 2016 election. So obviously that was a very very hard time for a lot of students for many different reasons, some not even relating to race, but for those who it did relate at least somewhat to, I think you know, that that Wednesday after we, some of us organized a small protest, or it was not even really just a protest, like we just wanted to voice, you know, our concerns, our fears, and after this demonstration several students, you know were met with, well throughout the demonstration, several students walked by and started laughing, mocking, and there was like several students crying, you know, they were talking about how they were scared because they were undocumented and they didn’t know what would come for them.

They were scared because they were black and they didn't know, you know, what this meant. And some students just walked by laughing, you know, they said "build the wall." It was frustrating to say the least. It was very, not that it was shocking, because of course this had been part of the national discourse, but it was just hearing that from fellow students, you know, then hearing that some of my friends, some of whom were actually pretty light-skin but were wearing a Mexican - they were wearing like a poncho with the Mexican flag, and then the Virgen de Guadalupe on it, which is very emblematic of Mexico. He was told that you know, the student who walked by hoped that he got deported and I think just you know, the few days after the election, especially the day after, that just sticks out the most for me just because my freshman year, you know aside from a few microaggressions, I never really felt uncomfortable. I never felt like I was in any danger, but then after the 2016 election, it was just like, will I be told this on my way to class? In my class? Will my friends be told this? And it's not something that's you know, you want to think about. And then course afterwards, it just, the feeling doesn't go away.

Aaron Benavides is a sophomore at the University of Notre Dame studying Political Science, Theology, Digital Marketing, and Journalism, Ethics, and Democracy. Originally from Corpus Christi, Texas, he is involved in Student Government on campus where he serves as the Press Secretary and Director of Communications. 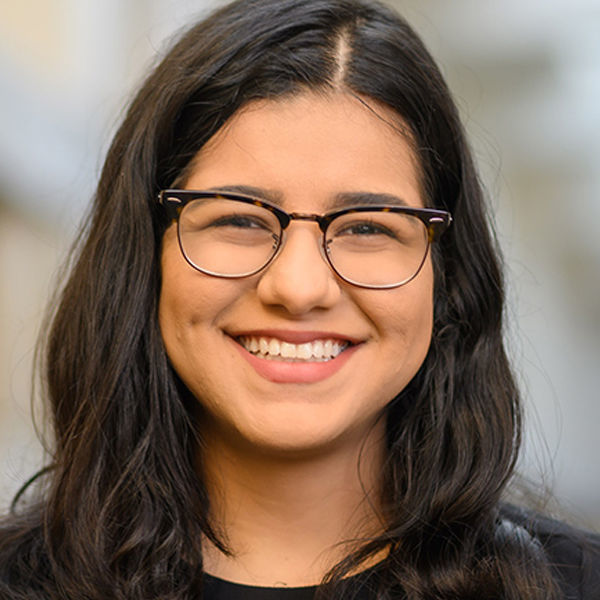 Karla is a senior, originally from Mexico but raised in Michigan. She is a member of the AnBryce Scholars Initiative and served as co-vice-chair of Diversity Council and president of the Student Coalition for Immigration Advocacy.