Making an effort to be seen

[Race has] pretty much always been in conversation. I think that’s just like part of being a black parent, especially in America. Just being aware of who you are and what perceptions people might have of you, and to just — at least for my mom. She was very big on, you know, “although you don't want to be, you are very much a representative sometimes. You don't have to carry that weight on your shoulders all the time, but people will treat you as if you are representative,” and so just to be, you know, conscious of that; aware of who you are and what you're representing at all times...

I would just advise [incoming black students] to be aware of the environment that they're going to be in. I'd advise them to be serious about reaching out to people. As a black student you're going to feel like kind of out of place sometimes, or out of your element, and that they have to meaningfully reach out to professors, introduce themselves, be clear about what they're interested in, show that they're driven. You can't just kind of like, you know, go with the flow and kind of just like, you know, blend into the walls here. You're really going to have to make an effort to be seen and to be, to show yourself as somebody who's serious about what they're doing and studying, and looking forward to doing. It's very easy to kind of like fall in the background and not be meaningful about reaching out to alumni or professors. And I think if you're doing that, especially as a black student, you are losing out on the opportunities that are not present.

John (Jack) Lyons is a member of the Class of 2021 at the University of Notre Dame. Lyons is a theology major, with minors in journalism, ethics, and democracy, as well as liturgical music ministry. He is originally from Vermont. 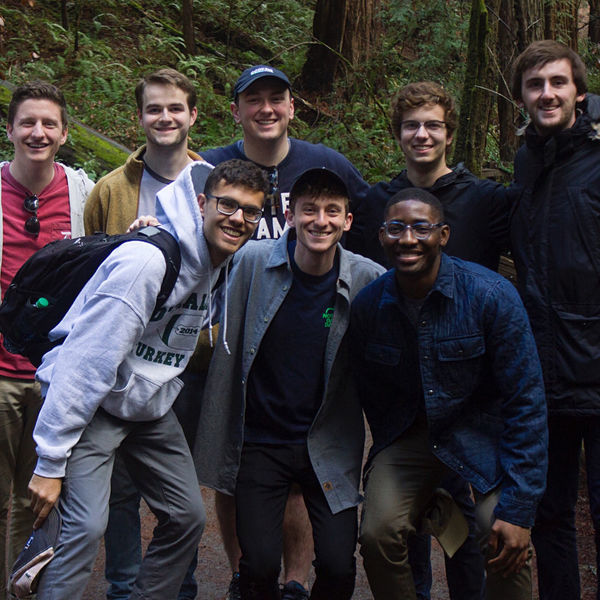 Julian is a senior who grew up in Atlanta, Georgia before moving to California for his high school years. He is a first generation Nigerian-American. Okoro is a psychology major with a minor in data science.