"It is really nice having someone, having people that you can talk to who kind of know what you’re doing or what you’re going through I guess."

So, I’m from California and I have a dad who’s from Africa and a mom who is half-white, half-Japanese. So I come from a relatively diverse background. I’d say at first I was a little scared of Notre Dame and thinking it was all Catholic and all white but then I got here and it seems like everyone is really friendly and inclusive and there’s a lot of events and clubs that I could join. Yeah. I feel pretty good so far.

Coming to Notre Dame, there’s a lot of expectation and pressure and it’s pretty hard, just in general, so I feel like that’s one reason why a lot of diverse kids don’t end up coming here. Like they either don’t have the opportunity or they don’t think they would want to come here. But I think that everyone should just open their minds and just learn to live with one another, and I think Notre Dame could try a little harder to bring in more diversity, but it’s not like they’re not trying right now. So I really have no complaints, but if I had gone somewhere else to college, I don’t know if the situation really would have been that different. Wherever you go there’ll probably be more white students that other culture students. I just think, yeah, diversity is just a worldwide phenomenon.

I’m a part of this program, Fighting Irish Scholars, and it’s pretty much made up of all diverse students, and every once in awhile, we get together and we talk about certain things going on in our lives, like stuff you would want to talk about with students who know what it’s like being first generation or something like that. So, I’d say that’s kind of impactful because you don’t see, or at least I’m not a part of stuff like that mostly on campus, but Fighting Irish Scholars is one form of that. So, I get to talk to other people who are in a similar spot as I am. It is really nice having someone, having people that you can talk to who kind of know what you’re doing or what you’re going through I guess. I’d say that’s about it, that whole club.

Claire King is a sophomore at the University of Notre Dame and is studying Environmental Science with a minor in Journalism, Ethics, & Democracy, as well as a minor in Sustainability. She is from Pennington, New Jersey, where she loves spending time with her three siblings. At school, she plays bass in the band “Basement Boxers” and is the lead programmer for the Collegiate Jazz Festival section of the Student Union Board. She lives in Lyons Hall and plans to study abroad in Perth, Australia in the Spring of 2020. 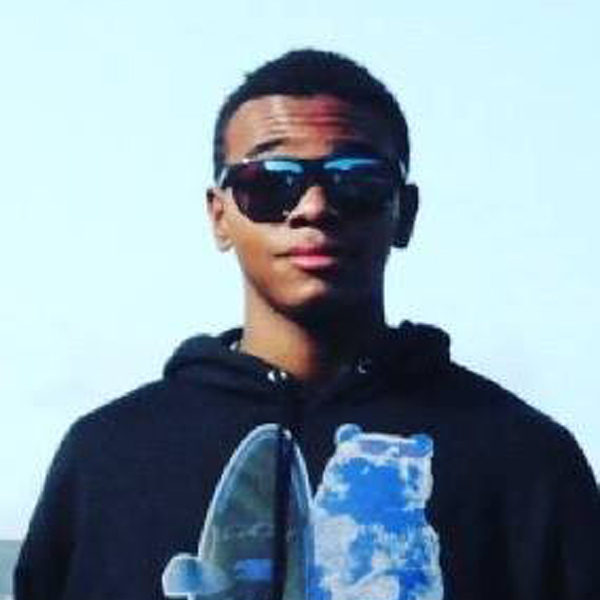 Jared is a sophomore from San Jose, California, majoring in economics and psychology. He is known around the dorm for his cheery personality and his undying energy. He is a Fighting Irish Scholar and works in Duncan Student Center.