Experiencing the culture of separateness

"But over time, I would say in the span of an hour, that table became what my friend called an ethnic table. It was just me, the Asian kid, and the black kids."

The first memorable moment I had about race relations was the send off picnic for the Notre Dame Club of Orange County. The club hosted a potluck style and my friends from my high school were the only Asian-American students from a public high school. The other people who attended were pretty much white people, and that was a culture shock for me to say “Eric, you’ll be at a school similar to this.” I would say that Notre Dame is a sample size of America. There's a reason why my AP U.S. History teacher told me to leave and choose Notre Dame is because southern California itself is a bubble; if you don't leave southern California now you will not leave at all because you already feel so comfortable around the people and around the culture that is southern California. So she told me to leave because Notre Dame and the Midwest is a different culture that I'll be able to be exposed to and get adjusted to over time.

And I think when I came here I had to lower like my expectations about culture. I think many students, many white students don't see the diversity of other cultures which is I guess the point of Asian clubs and stuff like that. But I think that they've always been comfortable to those that were at their high school. And those who look like them and I would say that it's the same thing for our race as well. I think it was funny because I was at a club meeting and we were socializing and at that table there was me as an Asian kid, a few black people and a few white people. But over time I would say in the span of an hour that table became what my friend called an ethnic table. It was just me, the Asian kid, and the black kids. So there were no white people at our table over time. And I think that's how our society works.

Holden is a University of Notre Dame student and a member of its 2020 undergraduate class. He is a film, television and theatre major and Gallivan Journalism Program minor from North Haven, Conn. On campus, Holden serves as a student worker for Fighting Irish Media and for Notre Dame Athletics in sports nutrition. During the football season, he works for the NBC Sports broadcast team that provides television coverage of Fighting Irish home football games. 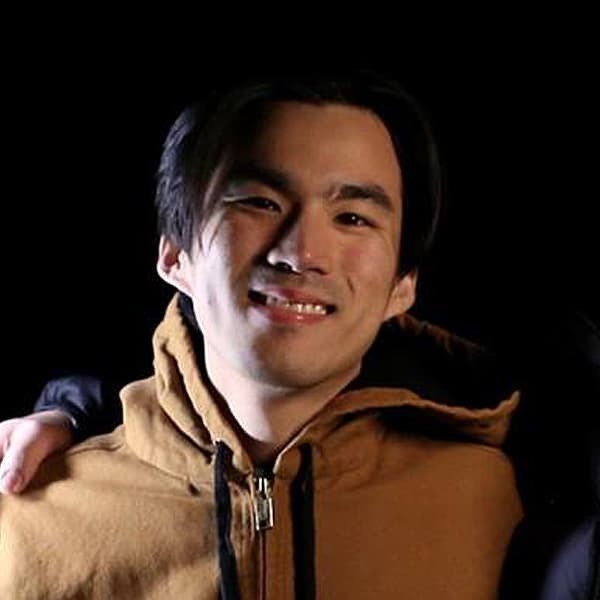 Eric is a senior from Fullerton, California with a double major in film, television and theatre and marketing. He serves as Director of Programming for the Student Union Board and as an intern for university relations.