Exploring the possibilities of a "melting pot"

"For example, the guy who lives next to me is from Mexico, and I think that just experiencing, interacting with people from different places has helped me have a better understanding of what he's from."

My dad’s grandfather, so my great-grandfather, he emigrated to Hawaii from China - Canton, China - in early 1900s. He was a cobbler. His shop was at the edge of Chinatown. My grandparents, so my dad’s parents, put him through school, put him through dental school actually, without having a college degree, so I guess a history of hard work, typical immigrant story, the American dream, all that kind of stuff. So that’s where I am now. Both of my mom’s grandparents attended the University of Michigan on the GI bills. So they were Chinese-Americans. I’m full Chinese. So that’s how I’m - I guess Hawaii’s history with the military has benefited me a lot.

So it's really cool how you can see this living example of immigrants coming together and cooperating, but also I think another reason we had this melting pot of culture is just because we're in the middle of the Pacific Ocean, so we get these tourists from all over. People who want to live somewhere warm, in paradise, they come here. They don't realize how tough living in Hawaii can be because of the cost of living. So we get a lot of homeless people also, but it's nice that we have visitors to that we can share our rich culture with.

I think that I can connect better, that's my opinion obviously, with people of certain, from other countries. For example, the guy who lives next to me is from Mexico, and I think that just experiencing, interacting with people from different places has helped me have a better understanding of what he's from. And going back to Hawaii, in general I'd say that because we have so many races, we’re simultaneously one of the least racist places in the world I'd consider, but also one of the most racist places. So I'll give you an example. For example, our comedians, our top comedians, their jokes are focused on building these different stereotypes from different cultures like we always like to give Portuguese, the Portague, they’re always the brunt of the jokes it seems for some reason. And then each different subset of Asian groups has their own different stereotypes, but I think that it's more indicative of the fact that we're like, we like to celebrate each other's cultures rather than just being too afraid of acknowledging our differences with each other. So that's something that I value. And coming to Notre Dame, I think just the idea of having different, having so many whites compared to the Asians, Asian majority in Hawaii, was different. In Hawaii, for example, whites are more discriminated against than most races. We call them Haoles I guess, which means white, so that's that's a different transition that I've been through that most haven't been through.

Ryan Kolakowski is a member of the class of 2019 at the University of Notre Dame. A native of Marietta, Georgia, Kolakowski pursued a major in economics and minors in sustainability and journalism,ethics & democracy. In his time at Notre Dame, Kolakowski has served as a catechist for Holy Cross Parish in South Bend, Indiana, a Mentor-in-Faith for Notre Dame Vision, and a Resident Assistant in Zahm House. 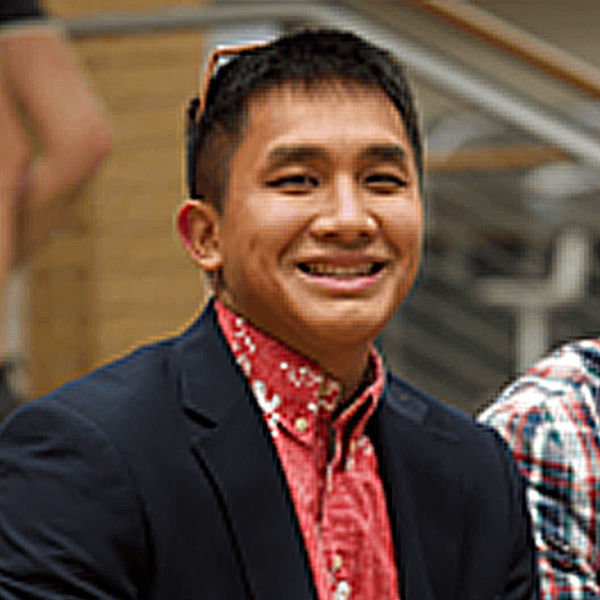 Carlston is a freshman at Notre Dame. A native of Honolulu, Hawaii, he is an active member of the Asian American Association, and also participates in the Notre Dame Hawaii Club and the Filipino-American Student Organization.