Looking for a genuine commitment to diversity

"You can diversify campus all you want, but if people don't feel included, we're not making progress. Diversity is being invited to the party, but inclusion is being asked to dance."

I think obviously there’s something to be said about having diverse faculty and staff. One thing I believe is people can’t be what they can’t see, and I think we need that representation in leadership to really show students that we do have a genuine commitment to diversity. It’s important to, yes, recognize that every person is different and will have a diverse perspective, but there’s something to be said for having people from different ethnic, racial backgrounds, different sexual orientations; there are certain unique perspectives that sometimes aren’t brought to the table because we are a Catholic institution. Diversity is being invited to the party, but inclusion is being asked to dance.

I’m just bringing my own perspective, but African Americans could not get their hair done on campus. And that just seems like a small thing, but it almost just makes it seem like you’re—not truly part of—you’re just here because we need minorities. Nobody fully recognizes everything that would make your experience equivalent to other students. It’s important to know, white students could just go to the student center to get their hair done while other students have to travel off campus. The university doesn’t recognize that there are different students here and they have different needs, but you have to represent all of those needs, not the majority of those people’s needs. But I know they added a black hairstylist to the little hair salon down in LaFun and then also included multicultural products. I went in there and saw the oil I use for my hair and I was like, what? It’s small things like that as opposed to not feeling like you are at home because you don’t have that same recognition.

Kay Bontempo is a senior at the University of Notre Dame double majoring in political science and film, television and theatre. She is originally from New York City and hopes to live there again after four years in the Midwest.  She is a Fulbright Scholar for the 2019-2020 year and will spend nine months immediately following graduation living in Italy, where she will direct and film a documentary film about the current European migrant crisis. 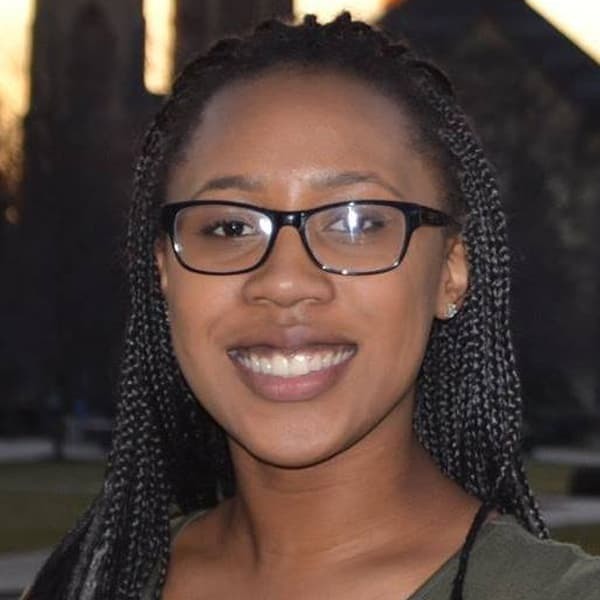 Briana is a senior with majors in political science and business analytics. She is originally from Los Angeles. She has been involved in Student Government in several capacities and is particularly passionate about issues of diversity at Notre Dame.